The European Club of Canada – Writer

Toronto, October 7, 2016 – Today Thomson Reuters, a Canadian multi-national company in the business of news and information for professional markets, announced the creation of a new technology centre in Toronto. This project is made possible through the cooperation of all levels of government and is expected to create 400 new jobs in the next two years and is expected to grow to 1,200 jobs in the future. These jobs would include core development, cognitive computing and cloud development. Hiring for these positions is expected to begin in the next few weeks.

Mayor John Tory, spoke about the success of Toronto as a direct result of how Torontonians live together. He further stated that “More and more businesses like Thomson Reuters are choosing Toronto as the city to expand their footprint Premier Kathleen Wynne and Prime Minister Justin Trudeau also emphasized that such efforts, put Ontario on the innovation map.

As part of the company’s investment in innovation, the Chief Executive Officer and the Chief Financial Officer of Thomson Reuters will also be relocating to the Thomson Reuters headquarters in Toronto in 2017.

In Question period, the Prime Minister addressed questions including concerns about the lack of Women in Technology related careers and he stated that they continue to work toward attaining gender balance. 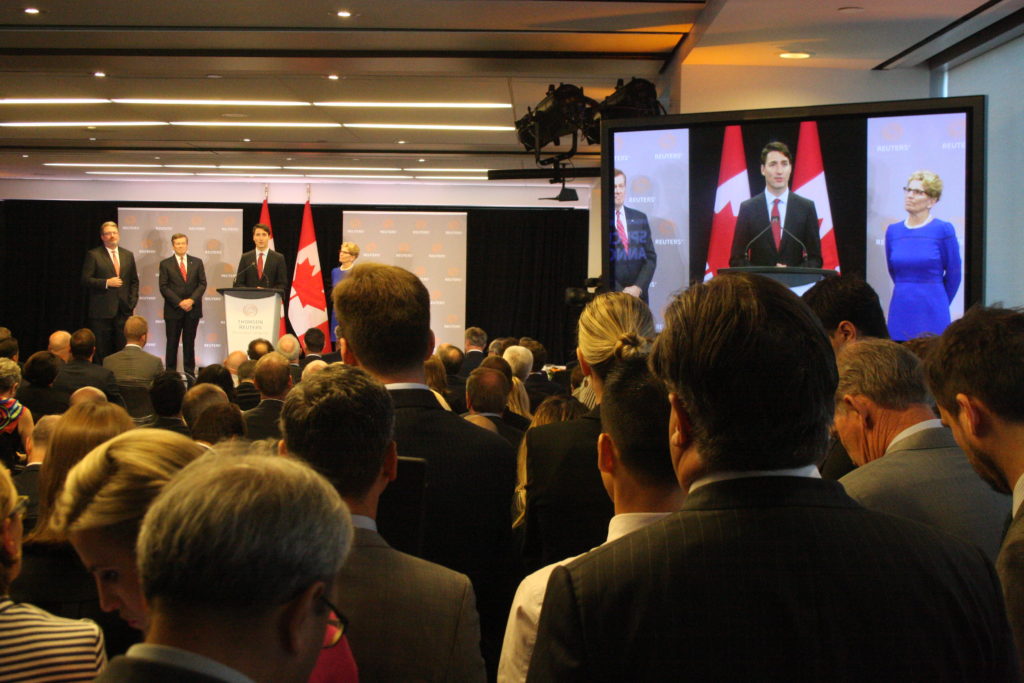