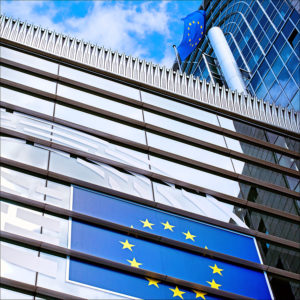 This week MEPs sit down with representatives of the member states and the Commission with the aim of striking a deal on the 2017 EU budget. Parliament’s inquiry committee investigating the Panama papers scandal holds an exchange of views with experts including economist and Nobel laureate Joseph Stiglitz. With a twelve-strong delegation of MEPs taking part in the COP22 talks in Marrakesh, climate change is also high on the agenda. Read on to learn more about this week’s parliamentary business.

MEPs seek this week to reach an agreement with member states and the Commission on the EU budget for 2017. Parliament is pressing for additional funds to tackle the migration crisis, boost economic growth, combat youth unemployment, and facilitate research and infrastructure projects.

On Wednesday, Nobel Prize-winning economist Joseph Stiglitz participates in a hearing of Parliament’s committee investigating the Panama Papers tax evasion scandal. The committee also holds an exchange of views with representatives of the EU anticrime agencies Europol and Eurojust, and national prosecutors.

A twelve-strong delegation from the Parliament takes part in the COP22 climate talks in Marrakesh. Following Parliament’s ratification and the entry into force of the 2015 Paris agreement earlier this month, this week’s talks focus on the financing and burden-sharing needed to keep climate change well below 2 °C compared to pre-industrial levels.

Parliament’s media directorate organises a conference this Tuesday and Wednesday to discuss the new realities of politics in the age of social media. Journalists, bloggers and other communication experts will be in attendance at the conference entitled “Politicians in a Communication Storm”. The proceedings can be followed live on this website and on Parliament’s social media platforms.